Who is the better team? West Ham v Everton

www.theevertonforum.com give their regular feature on who is the better team.  Choosing who they THINK will be in the starting 11’s.

West Ham are missing Joe Cole and Stewart Downing to provide much needed passes to the strikers, they may line up trying to nullify the Everton threat rather than go all out to cause their own.

For Everton Steven Pienaar is likely to miss up to a month of football and Steven Naismith may deputise again.  Darron Gibson may be fit (But probably wont be), so Roberto Martinez will probably name the same side who beat Chelsea.

Easily one of the best goalkeepers of the last 15 years in the premier league, Jaaskelainen has been in inspired form for West Ham since joining his old boss Sam Allardyce.  At 38, he is no spring chicken anymore, but goalkeepers seem to defy footballing ages and Jaaskelainen is certainly a dependable goalkeeper

Like Jaaskelainen again Tim Howard is normally quite dependable.  He has the odd lapse in concentration, but this season he has helped to marshall one of the tightest defences in the league so far.  Great shot stopper and on the whole a decent keeper.

Demel is a decent if unspectacular right-back.  Injuries has stunted his games in a West Ham United shirt, but when called upon he generally performs well and seems to suit the team.  He is comfortable on the ball and has decent quick feet.  He is probably better going forward than defending and Everton will be looking for Leighton Baines to take advantage of this. 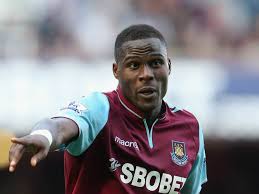 Demel is solid when fit

Seamus has always been praised for his attacking, but it is probably his defending which is winning plaudits this year.  He is the one person in the team that will put his head down and run at the opposition, but on a number of times this season he has made crucial tackles of interceptions.  He is turning into a fine player.

Kiwi Reid is turning into a very good Premier league player under the guidance of Big Sam.  Since shifting him to centre back Reid has performed well and won the Hammer of the year at the West Ham end of season awards.  Solid at the back, the New Zealander is probably one of the first names on the team sheet at present.

Jags earned rave reviews following his time away with England and backed that up with a captains performance against a highly rated Chelsea team.  He looks like he is starting to get some of the form back before his awful injury a few years ago.  Solid old fashioned centre half.

James Collins is a big old lump, but he is an effective defender.  Always prone to the odd gaffe and lambasted by Wales manager Chris Coleman last week, Collins has helped transform West Ham into a tight defensive unit and is largely under-rated in the game.  Collins always provides a threat from set pieces but can often be plagued by bad decisions.  Everton will be hoping for the latter.

Distin definitely isn’t human. At 36, he still shows no signs of slowing down.  The Milkman has helped Everton to become one of the stingiest defences in the league and with a lack of attacking options the Frenchman will be hoping to keep West Ham at bay once again.

Another of Sam Allardyces former charges that he has signed for his current club.  Decent enough defensively but not that strong going forward, Everton will look to expose the left-back through Mirallas and Coleman.  That said, O’Brien has played well recently and has kept their new signing Rat out of the first team.

Our best player.  Great going forward and strong defending.  Hopefully Baines can provide the ammunition for Lukaku when he gets a run out and transform our frontline.

West ‘aaaam through and through.  The boy Noble is a tough tackling midfield dynamo.  You know what you get with him.  Loved, then hated, then loved by the West Ham faithful (Much like our own Ossie), Noble offers that drive that every homegrown player should.  Noble is one of those that likes the odd naughty tackle to let the oppo know he is there.

As stated before, Evertons answer to Mark Noble.  Despite glowing praise from Roberto Martinez, Leon Osman has been off form for Everton for well over a year.  He just ticks by.  If he can regain his form he is a decent enough player.  With our options he shouldn’t really be starting at the moment, BUT probably will.

Diame is the West Ham player that is constantly linked with Everton with speculation over a £3.5m release clause.  This clause is more likely to be double that, which is why no one has gone in for Diame yet.  He is a solid player, top drawer for a team looking for drive.  Most Evertonians would love Diame at Goodison, unfortunately for West Ham he has been injured a lot, but when fully fit he can transform games and win midfield battles.

Gaz Baz will be this years Darron Gibson.  Derided by opposition fans and loved by his own fans.  Barry does the dirty stuff well.  He shields the defence, links up attack in 2 touches and leads by example.  What he lacks in pace and mobility, he makes up in drive and touch.  He will be a very good Everton signing and he gives us loads more options.  Still a very good player.

Morrison was one of the highest rated kids in England at one time, but his off the pitch behaviour meant that Sir Alex Ferguson had enough of him at Manchester United and he was discarded.  West Ham picked him up and he immediately got in a new storm and was loaned to Birmingham. IF the penny drops he could go on to be one of the England midfielders for years to come.  He played very well against Southampton and has looked promising in appearances this season.  He could be very dangerous against Everton with tidy skills and attacking flair.  I rate him, but he is also a mentalist of the highest order. Bags of potential.

Morrison will be looking to get his career on track

Ross is the player that Ravel should be.  He is exciting, skilful, full of drive and energy and a wonderful footballer.  He is the reason that I think England should go for youth.  First on the training pitch and last to leave.  He is this generations Wayne Rooney.

Not a massive fan of Jarvis.  Yeah he cost a lot of money.  Yeah he did well at Wolves.  But for me he is deceptive on the eye and often fails to deliver.  I may be wrong.  If he turns up he is useful and if he has service he can be useful.  I just think he flatters to deceive on too many occasions.

Martinez used Mirallas upfront for the final 30 mins of our game v Chelsea and I think this is a positive step.  He is a danger man and can skin a player with ease.  Great finisher, but has started the season slow after a promising pre-season.  The partnership with Lukaku could develop very well for us this season. SUPER, SUPER KEV!

Big Sams trusty lieutenant, Nolan has been a consistent premier league player for years.  He knows the right positions to get in and is always a threat.  He is West Hams version of Tim Cahill.  Not the best player in the world, but one who always gives 110%.  Like Tim, he needs to play in a formation that suits him and probably doesn’t have a real strength except for scoring (Which he does very well).  The old Awful footballer, great goalscorer thought comes to mind.

Personally I think Naismith has had a tough ride off Everton fans.  Off the back of 2 horror injuries, Naismith looked well off form and fitness last year.  This season he looks a different player.  He is never going to be the greatest footballer, but like Nolan gives 110% and gets in some wonderful positions.  I think playing off the striker is his best position and he could excel here as he has a knack of being in the right place.

The current boo-boy of the Boleyn.  Maiga has recently been criticised by Hammers boss Allardyce for a lack of effort, but many fans feel it may be a lack of ability that is the actual reason for his play.  West Ham have worse striking options that Everton at the moment and not many Evertonians would have said that a few weeks ago.  Maiga may miss out to new boy Petric, signed on a freebie.

Maiga, is he good enough?

Jelavic is like a world class player that had his powers removed overnight.  Since signing and scoring with every touch (virtually), Jelavic’s form (and some would say ability) have hit a drastic turn.  He keeps trying, but he looks to have lost pace, touch and finishing overnight.  Maybe Lukaku will be drafted in to provide much needed goals, but I think he will be a sub and we will go with the team that beat Chelsea.

On paper Everton have the stronger side in my opinion, with a new found strength in depth.  We normally get the upper hand over West Ham and are probably perceived as a bogey team.

West Ham are likely to play a more defensive formation to try and combat the new attacking formation that Roberto Martinez likes to use.  I expect Everton to try and break down the flanks and West Ham to rely on the youthful skill of Morrison and the all action play of Mark Noble and Diame to drive them on.

Everton will look to come away from Upton Park with all 3 points and I think Sam Allardyce would be delighted with the draw due to a lack of potential attacking threat.

Disagree with this? Give your thoughts at www.theevertonforum.com