Unplayable is a word often used to describe an amazing player who is having a brilliant game.  He is unplayable in this form, meaning that he is very difficult to play against as he is so good.  That is normally how the word is used…………………… but not in this instance.  On this occasion I mean that in the form he is currently showing, Leon Osman shouldn’t be playing.

Let’s get some things straight before I begin this article.  I am a big Leon Osman fan, I think that over the years he has been a very strong player for Everton Football Club and I think technically he is a nice player and should fit in well with the Martinez football style.  Leon Osman really shouldn’t succeed as a footballer, he is short, he doesn’t have pace and he is weak, but he has proved his critics wrong and played consistently well in the Premier League for over 10 years.   I believe that his England call up was well overdue and he has been one of the main reasons that Everton have been so high up the league the last 5 or 6 years, BUT since his England call up Leon Osman has been poor. 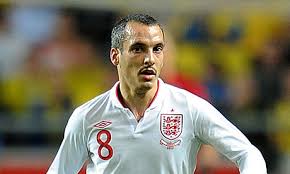 I can’t put my finger on Osman’s poor form recently, but it seems to have been since he got his England call up.  He is rarely out the team, so maybe he is just comfortable getting picked every week without much competition.  Maybe he is worn out, he plays every match and it could be taking it’s toll.  I just don’t know.

Osman has never been the type of player to grab a game by the scruff of the neck and drive the team forward.  I can’t remember too many games where he was massively influential as one of the main players in the game.  It is often the work he does off the ball that goes unnoticed by many fans.

Although he still looks young, Ossie is actually 32 so he is coming to the end of his career.  This season, Ossie should really find himself being played more sparingly and rotated more often.  He still has a huge part to play in the squad and also in the dressing room and I have no doubts that he will come good again and will start many more matched for Everton.

Maybe a few weeks out the team will do him some good physically and mentally?

Do you agree with this article? Have your say at www.theevertonforum.com