My view on the Everton Manager Search – @seddo1984

So….after 11 years Mr Moyes has called it a day on his time with Everton. For him to turn down a massive opportunity to manage arguably one of the biggest teams in world football would be madness, but has he made the right decision, only time will tell. I, like so many Evertonians called for his head after the Wigan game, but now the reality has hit home, it does seem a case of “be careful what you wish for” One thing is for sure, he will always be welcomed back to Goodison Park with open arms.

As the search beings for our new leader, where do we think Mr Kenwright will start his search? Wherever he decides to start, for me, and I agree with Kenwright, a decision this big should not be rushed into. The only good point to salvage from the situation we find ourselves in, is that it has happened at the end of the season and not mid-way through. The battle has not only begun to find a new manager, but an even bigger battle has begun to keep the team together that Moyes has built up over 11 years. It is imperative that the club do all they can to prevent Moyes decimating the team, leaving us in a position of possibly becoming a mid-table team and going back to the “dogs of war” days. This just emphasizes the fact we need a quality, strong, experienced manager to come in with bright ideas. He will also need to persuade the likes of Baines, Fellaini, Jagielka and Coleman to name a few to stay at the club and give the new Manager and his staff a chance.

I personally would opt for a manager who has European experience. The two I wouldn’t mind are: 1) Vitor Pereira (FC Porto) 2) Neil Lennon (Celtic) Given I don’t know alot about Vitor Pereira, for a manager to go all season un-defeated, scoring 68 goals and only conceding 14 is an massive achievement in a difficult league. He could possibly bring a couple of top European players with him such as Centre forward Jackson Martinez who has scored 25 goals this season. Yes it would be a big ask to take ANY players away from a team that will play in next seasons CL but if you don’t ask you don’t get. He would be my first choice. 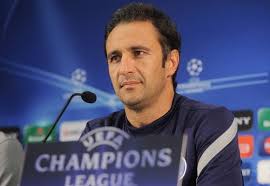 Vitor Pereira seems to be a name being banded around alot

Neil Lennon isn’t a choice alot of Evertonians, but let me argue a point why he maybe a good addition to Everton FC.  He is without doubt a hands on coach He has CL experience with Celtic He seems like he takes no messing from the big ego’s Yes, I will give you the Scottish league isn’t the best but he cant help who he manages at this moment in time. For me he is using Celtic as a shop window to get a bigger job in the Premier League and if we don’t snap him up somebody else will. He could also bring in some good players e.g. Wanyama, Forster (GK) and Mulgrew. Kenwright has said he will “Listen to the Everton fans” but I cant decide if this is a “see we did ask for your opinion and we are listening” ploy from Kenwright, or is it a genuine statement of intent to the fans, to help with the ideas or feelings for the new manager. As I would expect, the majority of Everton will be taking his statement with a pinch of salt. Whoever does come in, one thing is for certain, all Evertonians will back the new manager and give him their 100% support because that is what we do. COYB! 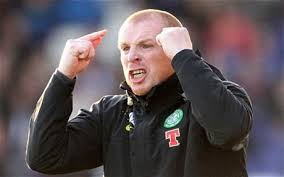 Neil Lennon seems an unpopular choice amongst most Everton fans