I’ll be totally upfront about it, the optimism with which I wrote the last preview has completely gone. Since then it’s been 2 games, 2 more defeats and 0 goals scored, so I hope you’ll forgive my lack of optimism in this one…

In fact, since the first day of the Premier League season we’ve played 16 matches in all competitions; losing 10, drawing 3 and winning just 3. Further, we’ve scored 7 goals in our 10 league games and let in 20 – it’s grim.

We aren’t just losing games by bad luck, we’re getting swept aside with ease and looking devoid of both ideas and confidence. However I, or anybody else dresses it up, Everton is currently a club in crisis and to be honest, I’m worried.

Where will the next win come from? I honestly don’t know, but it would be very helpful if it came on Sunday against Watford (a 4.30pm kick off). 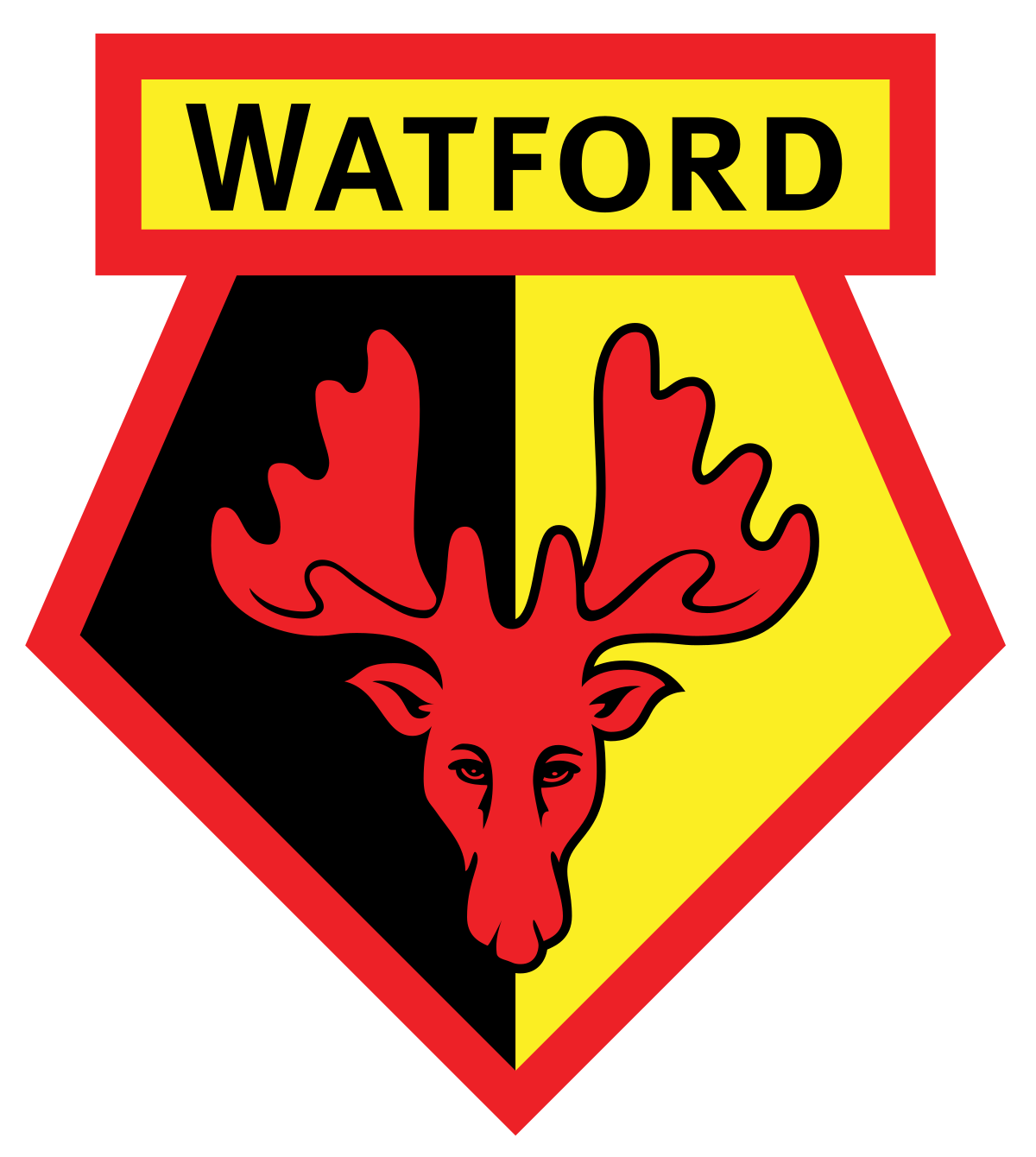 Despite recent back-to-back defeats at the hands of Chelsea and Stoke, Watford arrive at Goodison on Sunday afternoon having enjoyed a very good start to the season.

Their summer appointment of Marco Silva following his spell at Hull has breathed a fresh lease of life into what was a poor team last season and Watford fans are right to be excited.

Despite Hull’s eventual relegation, I personally felt the Portuguese did well in that job (with the damage being done before his arrival) so I’m not that surprised to see he’s made a positive start down in Hertfordshire. Silva strikes me as being very meticulous, close to his players and a strong tactician.

Many Evertonians, both on The Everton Forum and on various social media outlets have suggested Everton take a good look at Marco Silva for our vacant managerial position, however (as much as I do like him) I feel he’s unlikely to leave Watford this soon into his promising tenure at Vicarage Road.

By far the most impressive aspect of Watford’s good start has been their away form, with 10 points won from 15 available and just the one defeat so far (at Chelsea, where for most of the match, Watford were the better side).

At the heart of their positive away form has been the Hornet’s ability to score twice in every away game so far this season, including at Stamford Bridge, The Hawthorns and St Mary’s (ie homes to some of the better Premier League defences).

How are they managing that? Well, Silva has set them up brilliantly on the road, they keep things simple at the back and when they get the ball into the final third they have quick, strong players who can cause damage, quickly.

Two of those players who have been especially impressive away from home are; the Senegalese central midfield powerhouse, Abdoulaye Doucoure and the speedy young Brazilian forward Richarlison.

Both players have scored 3 goals away from home and possess the type of pace and efficiency that make them really effective on the counter attack.

What I like about this Watford team is their never-say-die-attitude; Sunday’s visitors have fallen behind 6 times this season, only going on to lose half of those, recovering 5 points in the process (putting them 2nd best in the league in terms of points won from behind).

Looking at how Watford might line-up, I think we can expect to see Silva go with a version of 4-1-2-3 on Sunday.

In goal we’ll see 36 year old Brazilian Huerelho Gomes with a probable no-frills back 4 of Holebas, Britos, Kabasele and Femenia.

Moving into midfield, Watford look likely to deploy a trio of Doucoure, Capoue and former Everton man, Tom Cleverley. In the wider areas, Richarlison will likely play from the left flank (coming inside to offer support to the front man) with the Puruvian Andre Corrilo occupying the right wing.

In the absence of the suspended Watford captain Troy Deeney, it seems likely Andre Gray will lead the line for Watford, unless last season’s Everton-slayer Stefano Okaka is preferred.

Whatever team Silva selects we can expect to see a confident and well-organised Watford team at Goodison Park who simply won’t give up. They’ll be quick, physically imposing (with a lot of Watford players over 6ft tall to threaten from dead balls) and they’ll have pace to worry a slow Everton back line.

In his press conference on Friday David Unsworth remarked that this match is ‘like a cup final’.

I’m not sure I’d go that far, but make no mistake, this game is massive for Everton and will, in my opinion, determine the direction the board go with the all-important managerial appointment.

If we can pick up the elusive victory, we’ll find ourselves looking up going into the international break and the forthcoming managerial appointment. However, if we’re beaten and slump to 6 defeats in a row, I fear the Everton board simply won’t have the balls (or ‘cojones’ as Troy Deeney might say) not to hire a relegation-battle specialist *gulp*.

Whatever happens on Sunday, you get the impression this will definitely be David Unsworth’s last match in charge of Everton.

I really wanted it to work with Unsy given the great job he’s done with our under 23s and how highly he clearly thinks of this club, but sadly results haven’t been there and in the struggle we’re in, it’s results above all else that matter.

For the record, I don’t think Unsworth deserves a lot of criticism; he’s tried different things, different players, got a slight upturn in performances but like I say, when all’s said and done, it’s 3 defeats from 3 with 7 goals conceded and just 1 scored – we simply can’t go on like this (and Unsy knows that).

I said it when he was first linked with the full-time job but I think it’s time Unsy started applying for Championship jobs. He’ll learn a lot away from his Everton comfort-zone and in future when the Everton hot-seat becomes available, who knows?

So Sunday it’s Watford at home and I really hope the players can reward Unsy (and us long-suffering fans) with a much-needed 3 points.

Given the pressure the caretaker boss has put on himself for this match, I strongly suspect he’ll recall a number of senior players for this game including Phil Jagielka, Leighton Baines and Wayne Rooney.

Going on what we’ve seen from Unsworth’s 3 Everton teams so far, I suspect we’ll see a version of 4-3-3 on Sunday.

I reckon it’ll be Pickford in goal with a back 4 of Kenny, Jagielka, Williams and Baines (despite Michael Keane’s return to training late this week).

Beni Baningime, arguably the only positive at the moment, ought to continue in the middle of the park but I fear the ‘senior’ midfield players will pull rank, resulting in a midfield trio of Schneiderlin, Gana and Davies – despite all 3 being sub-par for most of this season.

In the front 3, I think Rooney will be given a free-role with Calvert-Lewin and Mirallas (all rested on Thursday) completing my predicted starting 11.

So my predicted line up is as follows –

For the record, if it were up to me, I’d just go for it here with Pickford in goal, a flat back four of Holgate, Keane, Jagielka and Baines, a midfield trio of Beningime, Rooney and Sigurdsson and a front 3 of Mirallas, Sandro and DCL – but let’s face it, that’s not happening.

For whatever reason, Sandro Ramirez and Davy Klaassen have been banished from the first team fold under David Unsworth.

I want to go on the record and say I don’t agree with it – both players were bought to the club to provide goals and guess what, we aren’t scoring any, so why not just play them instead of the same failing attackers? I hope the new manager, whoever he may be, at least gives them a chance.

Anyway, this is going to be a really tough match for us. Watford have been miles better than us this season and they’re very strong away from home.

This is a game when the players are going to need the fans and despite the shite we’ve been subjected to so far, we need to give them something back to drag them through. I think the late kick off will help in this respect, the match will be under floodlights and there’s something about floodlit games at Goodison that brings the best out of us.

You know it’s a sad state of affairs when Everton are having to build up Watford at home like it’s one of the big boys but needs must and that’s just how it is right now. We must win this game.

I’ve never known a team go from £140m spent in a summer for an assault on the top 6 and a Europa League crusade to no Europe and a relegation battle in 3 months. But, you know, this is Everton.

Will we ever not just be a running joke?

My Prediction: 2-2, with an 87th minute Watford equaliser by Tom Cleverley after Everton had earlier led 2-0.

The referee is Graham Scott, last time he came to Goodison we should’ve lost 6 or 7 nil vs Spurs in September. Absolutely dreadful that day, weren’t we.

Come on Everton, just sort it out, for f’s sake.

Anyway, come talk about this on our forum, sharing is caring and everything…