Could Everton be left behind by their rivals?

Could Everton be left behind by their rivals?

Once upon a time, in a bygone era, Everton Football Club were known throughout the years as the as the Merseyside Millionaires, a label bestowed upon the club by the media when riches were flowing through the club and signings came thick and fast.  We won titles and competed for cups, before poor ownership and outside influences brought the club back down to earth.

More recently that tag has changed, from being the 4th or 5th most successful team in the UK we now seem to have been labelled “plucky little Everton” who have been outperforming their transfer and wage bill and have re-established themselves as a top 7/8 team.  It is a meteoric fall from grace as the Premier League machine took over and the emergence of the Big 4 or Big 6 as it will now be known has happened.   Perennial failing clubs like Manchester City and Chelsea would instantly become 2 of the biggest teams in the country due to rich foreign owners and dodgy business deals in foreign lands would instantly be forgotten by supporters keen to see success at their club.

business deals were overlooked in the search of success

When the January transfer window was open we were right in contention, despite having a small aging squad and a strike force underperforming massively.  Every Everton fan was believing that our great start to the season could continue with a couple of quality additions and the wealth that the Champions League could bestow on us could transform our clubs finances and push us in the right direction.  Every fan was willing it and wanting it, but in the end we just ended up with an 18 year old kid who had just broken into the Barnsley first team.  Although Stonesy will become a fantastic player, we needed a top quality striker or a midfield dynamo.  We needed the board to find £15m from anywhere to give us a chance.  We dropped behind Chelsea, Spurs and Arsenal and then flopped in the FA Cup and the chance was gone.  We blew it.

Fast-forwarding to this transfer window and the clubs around us last season such as Spurs (who already had a brilliant squad), Liverpool (Who have spent the 3rd most on transfers since the Premier League began) and Chelsea are all spending lots of money to improve their squad.  Spurs have found nearly £80m in fees, which may soften the Gareth Bale blow.  They have added some quality players and could go for the title this year.  Although Liverpool have pretty much recouped what they sold, they still have money burning a hole in their pocket and Chelsea have pushed onto that next level again spending the oligarths money like there is no tomorrow.  Only Arsenal from the teams competing near us are in a worse position, but that is more down to Arsene Wengers stubbornness rather than lack of money.  They had £70m burning a hole in their pocket and that was before selling or shifting half of their squad.

Other teams such as Norwich City and Swansea could close the gap (or overtake us) having seriously strengthened and blown the cash this window.  I understand that they have lower wage bills than us, but they have added some brilliant additions to their first 11, as have Aston Villa, West Ham and potentially Sunderland too (Although who knows under Paulo Di Canio what will happen there).

This transfer window so far, Everton have spent £5.6m on 4 players that don’t really improve the first 11.  Kone, Alcaraz, Joel and Deulofeu have been brought in – But none of these transform the first team (Although Joel and Deulofeu have potential too) and we are being linked with Wigan midfielder James McCarthy for the rumoured price of £15m, which is extortionate when you consider that Spurs signed Chadli and Capoue (Both better players than McCarthy) for just over £1m more.  McCarthy will only be signed if Marouane Fellaini or Leighton Baines (or both) are sold.  By the way, I have no doubts that McCarthy is an excellent player, but we should be looking at the worldwide market like Roberto said he would. 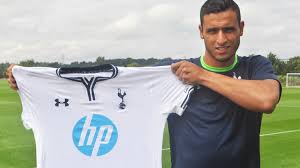 Unless our new manager can work miracles like our old one did, we run a serious risk of getting left behind in the Premier League.  Our rivals are all strengthening and putting plans in place to improve their clubs on and off the field, yet we seem to be digging behind the sofa for loose change to add to the squad.

I have high hopes for Roberto Martinez.  His teams play attractive football, he talks well, he is intelligent and he is open with the media.  I’m hoping he can gel our excellent first 11 and improve on what David Moyes put in place.  We do have a strong first 11 and a further 4 or 5 players that are quality too.  We also have some very good youngsters in the likes of Ross Barkley and John Stones, but a few injuries or suspensions down the line and our team could be decimated.

Our board needs to find the money for transfers.  £5.6m in a year when record TV and placing moneys are announced is ridiculous, the vibrac loan was renewed in May to get an advance on the first round of TV money and it has been rumoured to have been taken out again in August.  We should be competing against the Manchester Uniteds and Arsenals of this world in the transfer market and the Premier League not the Stokes and Hull City Tigers.

When the much maligned Peter Johnson left the club we had £20m in the bank and all our assets.  Now we have a huge debt and hardly any assets left.

I can only hope that we can perform miracles again and push up the league.  Everton are a massive club and the supporters aren’t content with mid to upper table.  We should be winning leagues, not winning titles of “plucky little Everton”

Have your say at www.theevertonforum.com