I’ll be honest.  On The Everton Forum, we are pretty fed up with being linked to ex Wigan Athletic players or poor Irish wingers, so we wanted to list 5 players that are linked with Everton and can improve our first team.

Japans answer  to David Beckham has been on many an Evertonians lips for the past few days after we were linked with a €7m bid.  The lad can play and is also being linked with Spurs (surprise, surprise as they collect midfielders like Panini stickers) and AC Milan.  Although it is thought that the Milanese will need to sell before they can buy and would only be interested in Honda on a freebie pre contract agreement.  Honda can play the number 10 role or in a traditional midfield and would suit the Everton team perfectly, especially if Fellaini leaves this summer.  Everton fans would LOVE this signing.

The transfer that never happened.  The announcement was made on the official site last transfer window, before we ultimately tried to haggle over terms, allegedly due to injury worries, even though the lad went on to play over 38 games last year before producing a string of great performances at the Under 21 tournament just passed.   Fer could prove to be an inspired signing to sit in the midfield with Darron Gibson and take charge of games.  The lad has also confirmed that Everton are still interested in signing him.  Everton fans would also LOVE this signing.

Manga looks like a big powerful lad and his stock has risen this year playing for Lorient.  Probably being looked at as a long term replacement for Sylvain Distin, the 24 year old Gabon International is a great reader of the game, although probably doesn’t have the Frenchmans pace.  Manga loves to play the ball out of defence and has an 84% pass accuracy, so would be well suited to a Martinez team.  Maybe not the big name that Everton fans want, but I think Manga would go on to become a bit of a cult player amongst the Goodison faithful.

Junior to his mates is rumoured to be the next big thing in Belgium football.  He can play in defence or midfield and is linked with Spurs and Everton for only £2.5-3m.  He has been described as a revelation this year having broken into the Zulte Waregem first team and nearly signed for Martin Jol’s Fulham in the winter.  Again not a massive name, but he would certainly be in contention for a first team start with a view to being a regular over the next couple of seasons.

Nearly signed by Hawwy Wedknapp for QPR in the winter, Capoue is wanted by Spurs (surprise again) and Arsenal. The Toulouse midfield star is making quite a name for himself and would look to raise a fee of around £13m.  The 24-year-old made 38 appearances for Toulouse last season, scoring seven goals as the south west side finished 10th in Ligue 1.  The 6ft midfielder has power and strength and would be suited to playing in the Premier League 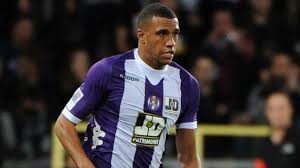 Is there anyone else that you would like to see at Everton or would like to write a report on? Head to www.theevertonforum.com to discuss.