It’s the end of an Everton institution. After 15 years, Bluekipper, known to thousands of Evertonians as one of the first proper Everton fan sites and forums is due to shut.

Over the years the old forum in particular has brought about many funny memories and brought about even more greater friendships. Infact, our forum ( www.theevertonforum.co.uk/forum ) was actually borne when the Bluekipper forum started having problems with security.

On the forum we had been thinking of our best Kipper memories and posters, from the outing of Stimmers to Nogzy George having an argument with a bus driver. The memories and laughs have lived on.

bus driver today, gave him a tenner asked for a day rider ( 3 50 ) he gave me 1 50 sayin theres 5 i thought in my head ye ok hes obviously made a mistake then he gave me the fiver ( 6 50 ) then i go to the back next min he shouts come here a sec he said giss tha fiver gave u too much he said u only gave me a fiver and am like you wha are you messin and he said no u gave me a fiver a said give me my f****** money ya cheeky cart he said go down to such an such a place forgot the name of the place ( arriva hq or somethin to do with arriva ) he said and sort it there a said no we will sort it now ya stupid cart then he pulled out the tenner with the five and gave me the fiver back a said theres the tenner there ya cheeky cart i was really tempted to open up the door rag him out and take all his money seriously the cheeky cart ( maybe a few people wont like me sayin that or will have somethin to say but i dont give a shit he tryed to have me off ) then as i got off on lodgey called him a bellend and he said nothin, cheeky skinny runt 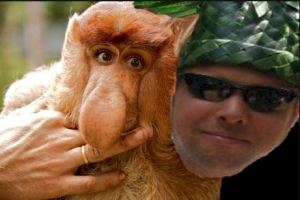 Then there was the photoshopping threads. From the photoshop Bill thread, where users would photoshop pictures of Bill Kenwright to toasterhead getting a ribbing for having the squarest head in the land! 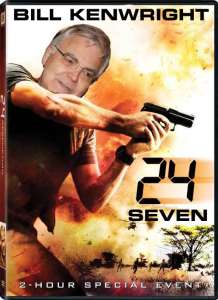 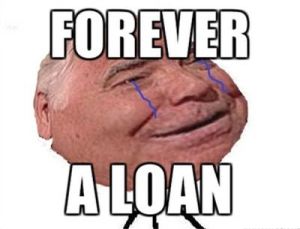 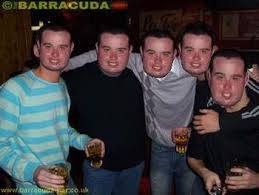 From people ironing pieces of chicken to eat after a night out, Wigan Pier Slugs, Isn’t Liverpool Is It?, the dreaded Jermaine Defoe thread, Henning Lowbar, Zombie Hoogie, Knights, Tom Caff and the rest. Although the forum finished a few years ago, It really is the end of an institution. 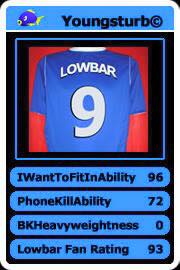 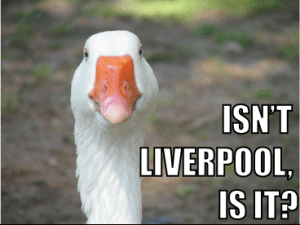 If you want to carry on the Kipper memories and catch up with some former kipper posters, why not join the chat on our Kipper thread on the forum: http://www.theevertonforum.co.uk/forum/threads/posters-from-kipper.15146

You can also add to some of the brilliant photoshops and memories that Bluekipper had over the years in our media gallery: http://www.theevertonforum.co.uk/forum/media/albums/bluekipper-memories.17/

Thanks for the memories, I’ll be back in a jihad. Need more? PM JMACCA

What were your best memories?

My Kenwright "forever a loan" shop, it lives!
R

The nights abusing Americans on Justin TV will always be my favourite Kipper moments.
F

Pete Price when some lad pretended to be Polish, talking about church and Tom Caff's massive head.

Pete Price again when he stormed off, the charged back for one final rant before dead air for about 30 seconds.

Used to love it on there, good times

Kipper Invasion of RAWK week before the Derby ... and they never rumbled it for yonks... 'Shanklys Left Gonad' was hilarious ... I was 'Red Nosed Kuyt'

Windin Nogsy up...till he stormed out fewmin for a straightner with someone ....... with a hammer tucked up his sleeve- 'Kinell !!!

LASH
Who's The Greatest of them All - Little Curly Alan Ball

Fantastic forum in its pomp. As well as being entertaining, there were some really proper football chats on there too. The likes of Ant84 and Cal are two examples of people I particularly enjoyed discussing things with.

Photo shopping Bill still gives me a laugh to this day, its a Petty it couldn`t have been copy and pasted to here.
It never recovered from going down for a few weeks. RiP Kipper

143Blue said:
Photo shopping Bill still gives me a laugh to this day, its a Petty it couldn`t have been copy and pasted to here.
It never recovered from going down for a few weeks. RiP Kipper
Click to expand...

Forget that just found them, still ROFL at some of them[kenwright]
A

Great place when it started although the owners got what they deserved in the end.

Last post today. Don't check it much these days but it is a shame to see it close

Fuck them. I loved kipper, I loved people's opinions, doesn't matter if we agreed with them we would all thrown our 2 penith worth in. Fuck this season, we are blue, let's live like that.
Forum jinx. [gez]

graeme said:
Fuck them. I loved kipper, I loved people's opinions, doesn't matter if we agreed with them we would all thrown our 2 penith worth in. Fuck this season, we are blue, let's live like that.
Click to expand...

I guess I'm not the only one who's had a few tonight.

Will said:
I guess I'm not the only one who's had a few tonight.
Click to expand...

Was it kipper where there was a thread of someone pretending to be inside one of the hotels here and listening in on the meeting room of a potential signing, Moutinho or someone? Pretty sure they mentioned that someone in the room has ordered a risotto.

Also, this may be my imagination or it may be from another forum but wasn't there a feature of a forum where you could see if someone was typing a reply? An ITK who posted on the site now and then would pop on to tell us news and peeps would get excited like "he's typing...".

Funny times, I wish this place could be a bit more light-hearted and have a thread like that to entertain us whilst nothing is happening on the transfer front and the usual suspects post boring shite. Maybe it's just that the expectation levels are now sky high.

The Florence got fingered forum invasion

Kipper was class back in the day.

The lad stood on Matthew St on the webcam

Users Who Are Viewing This Thread (Users: 1, Guests: 0)