Menu
Log in
Register
Install the app
You are using an out of date browser. It may not display this or other websites correctly.
You should upgrade or use an alternative browser.

Everton News Roberto Martinez outlook on football should win Everton the league, BUT

Roberto Martinez outlook on football should win us the league, BUT


When Roberto Martinez was brought to Everton there was a definite mixed response from the Everton fan base. Half were delighted that we had brought in a young manager, who seemingly had a tactical nouse about him and could change tactics depending on the formation, a man that had just won a relatively small club the FA Cup. The other half were extremely worried that we had brought in a manager that had just got his former club relegated. 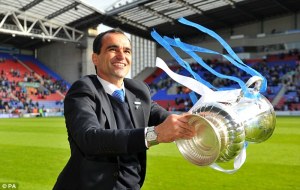 His first season was brilliant. We were playing attractive, expansive football, we had made some brilliant signings and there was a real buzz around the club, with many references to the clubs prestigious history by a man that was willing to learn all about the club to move this club forward. His substitutions were on point and the team were playing for him.

His second season was a tough one, the difficulty of juggling Europa cup football alongside a league campaign and a badly mismanaged pre-season campaign following the World Cup meant that overall Everton had a very poor season. His substitutions were questioned and a seemingly strong dressing room has been plagued by rumours of rifts with the manager with supposed ringleaders shown the door. Many people were willing to forgive this though, due to the brilliant pre-season and many people thought the manager should have 10 games to prove the second season was just a blip.

The third season came and so far it has been disastrous. Only the possibility of an FA Cup win can save this season. 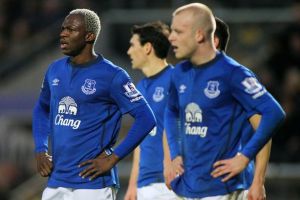 Roberto Martinez is a man that loves positivity, he very rarely criticizes. He is a man who wants open attacking football, with lots of goals – Much like most Evertonians. He wants football to be an art – where you pass the ball around the opposition, working the space until you can stick the killer blow to score. He would rather score a well worked goal, than a deflected effort from a corner. His outlook on football, should have us riding high in the league………. Should.

Rumours have been rife on social media and forums that the team don’t practice set pieces anymore and defensive shape has barely been touched upon and I believe this is evident in the fact that you barely see our centrebacks in the opposition area if Everton have a freekick within 30-40 yards from goal. Instead the team will play a short pass and try and break down the opposition again.

Infact, an except from Leon Osman’s book confirms this fact: 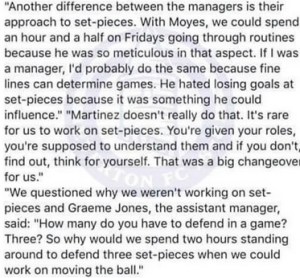 When you throw in comments made by the manager to the local press and it really does become worrying that a Premier League manager can ignore the basics that can win you matches in an instant:


“I always believe that a goal from open play is a more satisfying goal,” said Martinez. “The hardest thing in football is to break a team down when everyone is behind the ball. A free-kick or dead ball situation is less in your control. But you are relying more on the bounce of the ball or people switching off or doing their duties.

“Dead-ball situations are a big part of the game, don’t get me wrong. But you are a winning team when you don’t rely on set-pieces and I do prefer open play goals – I’m not going to hide it.”
​
Since the start of his second season, fitness has been a concern. The team just don’t look as fit as they once did. Infact the pre-season after the World Cup was diabolical and has set the scene for the rest of Martinez reign.


Now the biggest gripe Evertonians have had with Roberto Martinez is the fact that he doesn’t learn and doesn’t change. This is emphasised by the fact that by and large his teams have the same formation and same tactics no matter who the opposition is.

One thing that worried me in Martinez first season, he had done an interview on Talksport and basically said that if you keep to your beliefs and keep practicing and playing the same way ( i.e. passing, attractive football ) that it doesn’t matter if you are losing, because eventually the class will shine through and good performances will lead to good results. This has struck a real chord with me this season as despite poor results, the manager isn’t changing things. 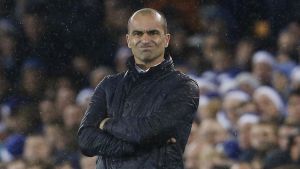 Infact at today’s press conference he once again offending Evertonians by proclaiming that “You need to be very consistent as a manager .There is nothing different to what I have done in last seven seasons.” – A manager that has come in the bottom half of the Premier League in 6 of his 7 seasons.

The man just doesn’t seem to be learning or adapting.

We have always worked with that colleague who has an excuse for everything, and despite claiming to be someone who won’t make excuses, we have heard them all from Spanish Bob over the last few months.

Europa league, The Cup runs, officials, home fans, away results being excellent and we need to replicate that at home, we didn’t get the rub of the green, our performance deserved more etc etc etc… We have heard them all. He says the players can take responsibility, so why can’t the manager. 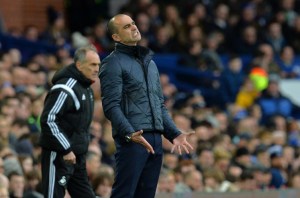 The end is nigh. He has lost the dressing room, he has lost the fans and he has also banished certain sections of the press for comparing him to Mike Walker. Once you lose the fans you have no place to go.

We have a mega ambitious new majority shareholder in the form of Farhad Moshiri, who wants to make a real impression on the Premier League and to do this we need a manager that can challenge for the title. That man isn’t Roberto Martinez.

His outlook on football should mean that we are competing for the league – But when you ignore the basics like fitness, set-pieces and tactics – then you make your job 10 times harder.

He will be gone by the end of the season. 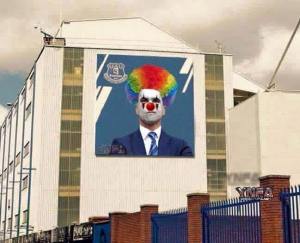 Want to comment? Have your say on our Everton Forum at www.theevertonforum.co.uk/forum

The post Roberto Martinez outlook on football should win Everton the league, BUT appeared first on Everton Forum - The latest Everton News and Everton Forum.

Continue reading...
You must log in or register to reply here.

Users Who Are Viewing This Thread (Users: 0, Guests: 1)