Menu
Log in
Register
Install the app
You are using an out of date browser. It may not display this or other websites correctly.
You should upgrade or use an alternative browser.

Manuel Pellegrini - Man City awful in Europe. The owners won't be happy after spending over a billion pounds and they're going backwards in Europe. Success in the Premier league wasnt enough to keep Mancini safe.

Lambert - Villa have scored 2 goals since August and have lost 6 games in a row since Lambert signed his new contract. They need to start winning soon new contract or not.

Rodgers - A shadow of the side that blew away teams last season. Looks like they were more of a one man team than Brendan knew or was letting on. Being found out this season. Playing Champions league games for damage limitation purposes and the knives will be out if they dont get a result against Chelsea this weekend. Chances are they'll just throw another £30m to spend during the next transfer window but they couldnt get the 'big' players in during the Summer and they'll not get any in the next window.

Bound to be a couple of chairmen getting itchy trigger fingers at this stage...

I have no idea how Lambert has kept his job this long.

Liverpool will beat Chelsea at the weekend and Rodgers will start eating himself even more.
Ronnie Pickering

I can't see Pottechino lasting much longer if they continue to drop points at Spurs.
W

Crafty II said:
I can't see Pottechino lasting much longer if they continue to drop points at Spurs.
Click to expand...

He (Levy) surely has to give one manager a bit of time?

Pochettino hasn't even got his own players in, he wanted a season to see where needed fixing (everywhere it seems).

Their defence is shite and overrated.

They've got loads of midfield options but none seem to build a partnership. I rate that Mason though.

Strikers are a joke, Adebayor only plays if he wants a contract, Soldado has just been a disaster. The honeymoon will run out for Kane, he's not a top 4 striker.

I agree. I think Levy really has to stick with someone in the long term. Spurs are pretty much a disaster of a team with their player turnover and lack of quality.

They don't seem to have any long term plans at all.

None of the managers mentioned here done themselves any favours at the weekend. You could probably now add Wenger to the list now.

Most teams seem to have forgotten how to defend or hold onto a lead.
Here's Arsenal 1-0 up with 15 minutes to go with 8 players caught ahead of the ball. I didnt see the Anderlecht game but they were supposed to be as kamikaze: And here's Liverpool for Chelseas first. Looks like Skrtel and Lovren on the far left marking each other with 4 Chelsea players given free rein: 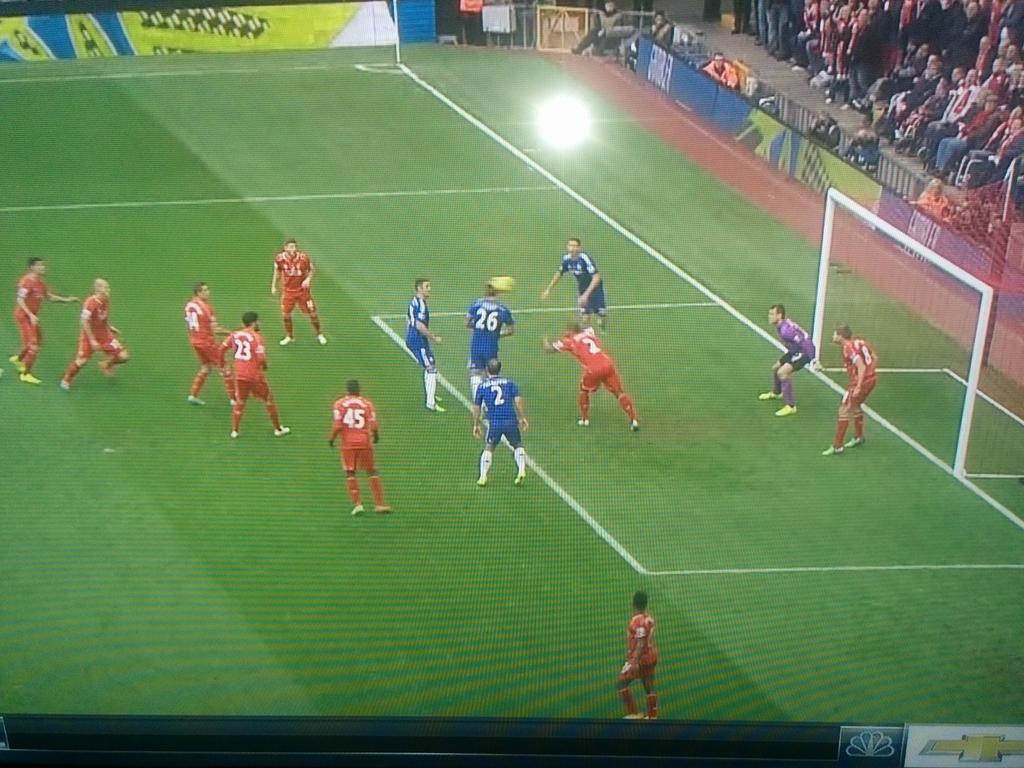 The problem with Spurs is Levy. He is poor at choosing managers!
Dom: "Say we have 50,000 fans willing to invest a minimum of £1000 each into the ownership scheme, that's at the very least £40m raised."
W

snoopjiggyjigg said:
The problem with Spurs is Levy. He is poor at choosing managers!
Click to expand...


I thought Pochettino was a great appointment, needs time desperately though. If he has a poor whole season I could see him getting the chop when they really need to just give someone time.

Walker said:
I thought Pochettino was a great appointment, needs time desperately though. If he has a poor whole season I could see him getting the chop when they really need to just give someone time.
Click to expand...

I'm not saying he won't prove to be a good manager at Spurs. But when you have some of the shockers that he has picked and have gone through so many managers without success then you are clearly not doing the right things from a footballing perspective.
Dom: "Say we have 50,000 fans willing to invest a minimum of £1000 each into the ownership scheme, that's at the very least £40m raised."

He sacked the best manager they have had in recent years after they finished 4th twice. Spurs fans hate him.
"I’ve really done it this time!!!"
B

Baldini is becoming the scapegoat now I think and he has overseen £200m worth of signings, most of which haven't worked out

Banned
Lambert will not get sacked yet. Randy Lerner does not give a shit about Villa and just wants out. That club has been up for sale over 2 years and they have not had a nibble (sound familiar?, though there are plenty on here who would tell you that any club for sale gets snapped up)
S

Surprisingly early shouts are its Between mackay & jewell for wigan I think .. People inside pushing mackay , whelan likes jewell
A

blueboy99 said:
Stubbs has been at a couple Of wigan games recently
Click to expand...

That's interesting . It definitely wasn't a done deal when Rosler went so I'm not sure what's been happening there
A

I expect more things to come out about McKay in the next few days! [alcaraz]
Dom: "Say we have 50,000 fans willing to invest a minimum of £1000 each into the ownership scheme, that's at the very least £40m raised."
S

andrew street said:
http://www.bbc.co.uk/sport/0/football/30113956
Shows what I know. Maybe Malkie can get hold of a load of cheap bogrolls and bleach[nais]
Click to expand...

I'd expect a daily mail tan leaked article out of which Mackay comes out badly imminently .
A

sheedy said:
I'd expect a daily mail tan leaked article out of which Mackay comes out badly imminently .
Click to expand...

Why, what did Malkie text about peglegged old northerners then
S

andrew street said:
Why, what did Malkie text about peglegged old northerners then
Click to expand...

The veet strong rumours where that tan had loads left to rubbish mackay, I'd expect some to make it's way out if it's there. Only the tan camp know i suppose .
You must log in or register to reply here.

Users Who Are Viewing This Thread (Users: 0, Guests: 1)